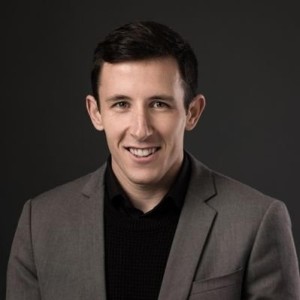 Wow, we’re still coming down to earth after the amazing insights of vivowire22. It was the biggest event in Workvivo history and we learned so much from our amazing lineup of speakers.

Let’s look back at the main discussion points from our flagship event, featuring insights from leaders at billion-dollar companies such as Slack, Getir, BCG, Flipdish, and more.

1. You don’t just hire a bunch of people and hope they can work together. Defining how you work is key to designing a successful remote company.

Darcy Marie Boles speaking on our first panel of #vivowire22, titled ‘Engaged workers don’t need an office.’ Darcy underlined the importance of defining how you work as a key step in designing a successful remote-first company.

2. You can go into any Flipdish office and feel like you’re on the same page, no matter where you go. We are obsessed (with) consumer experience.

Jessica Oppetit, COO of Ireland’s latest unicorn, Flipdish, speaks about the importance of maintaining the positive aspects of your culture while you scale the company. Jessica was joined on the panel by Mira Magecha, Chief People Officer of another unicorn – Getir.

3. Rule of thumb: if there are one or two people not joining in person, everyone should find their own space. It doesn’t make people feel as if they’re joining remotely.

Another nugget of wisdom from Jessica as she highlights ways to avoid employees experiencing FOMO from not being in the office when everyone else is. Do you use any other tactics? Let us know.
____

4. There’s something about being transparent that enables people to feel a little safer and a little more informed.

Carmen Allison, Chief HR Officer at the Hoover Institute at Stanford, spoke in-depth about how the university successfully used technology to navigate the new way of working. She detailed how Workvivo helped them to strike a balance between functional/operational updates and fun.

5. A great manager’s role is much bigger now – thinking about mental health, creating psychological safety, and developing soft skills. Your job is to make your team successful.

I absolutely love this quote from Erin Grau, COO at Charter. Being a manager is about so much more than getting your team to achieve results on a spreadsheet. This was a super interesting chat on whether the Great Resignation is a media creation and touched on so many aspects of the employee experience. Definitely worth watching back.

6. We’re in a rare moment where you can shift culture and practices. It feels like a real opportunity to create better and more equitable systems.

Prrrrreach! This. This one hundred times over. Such a brilliant insight from Erin (AGAIN). The best companies are breaking free from the restrictive chains of decades past. We now have a massive opportunity to shape the new world of work. It’s the reason I joined Workvivo – we are making a difference.

Check out the full ‘Great Resignation is a media creation’ debate here. It’s a must-watch.

7. You have to over-invest and make the return feel special. Coming from their comfortable setup back to the office, it has to feel worth the trip.

Val Elbert, MD at BCG, hitting the nail on the head with this insight. For most people, a return to the office can be a daunting experience. We have become used to the comfort of working from home, of cooking our lunch on our own schedule, and saying goodbye to the dreaded commute.

The balance of power has shifted to the employee, it’s time employers started to realise it.

Check out the full debate here. Spoiler alert: every business is going through the challenges you’re experiencing.

8. The office has multiple roles and functions – not necessarily the traditional work we usually have in mind.

This panel discussion on ‘Reinventing the office in a hybrid world’ really shifted my perspective of the purpose of an office. Switching your company HQ from being an office space to a culture space can be a powerful motivator for your team. Leverage it as a space to provide the in-person coaching and mentoring that we have been missing since working from home.

An interesting perspective from Janet Pogue McLaurin and one that could really have a positive impact on the development of your people.

9. This is an opportunity to not go back to what was but to what could be.

There was just so much to digest in this panel discussion and Janet was on the money here again Leaders can reimagine a better place to allow employees to do their best work individually and collectively.

The possibilities of what an office in the new way of working could look like and the purpose it could serve to a company are infinite. We really are on the cusp of a generational change in how we work.

10. Culture exists to protect itself. You cannot bribe, bluff, or bully a culture into believing anything.

We finished the day with a fireside talk from Stan Slap and it was certainly worth the wait. Chatting with our very own Gillian French, Stan took us on an emotional rollercoaster through the highs and lows of company culture and the tactics for creating an employee experience where people can fulfill their true promise.

He also shared his view on the importance (or lack thereof) of values in a company. This talk had absolutely everything.

11. What can we do to improve the world? Not much, except to extend our humanity to those around us. I urge you to be a human first and a manager second.

In terms of virtual mic drops, they don’t come as strong as this lasting statement from Stan Slap.

BOOM! You’ve simply got to check out the full talk and share it with a friend. How To Measure Employee Experience (& Not Be a Total Milhouse)